Contents show
1 Will Divorce Send Me to Hell?
2 Will God be Mad If I Get a Divorce?
3 Is Divorce Forgivable?
4 How to Repent From Divorce
5 Can You Go To Heaven If You Divorce and Remarry?
6 Will God Bless a Second Marriage?
7 Should I Divorce My Second Spouse to End My Adultery?
8 FAQ Relating To If Divorce Will Send You To Hell
8.1 Can Divorce Be Forgiven By God?
8.2 Is It A Sin To Get A Divorce?
8.3 What Does God Say About Divorce?
8.4 Does the Bible Say It’s Okay to Divorce?
8.5 Other resources related to divorce and hell:
8.5.1 “Will I Go to Hell For Getting Divorced?” – Probe Ministries
8.5.2 According to the Bible, is divorce a sin, and does it … – Quora
8.5.3 Does God Forgive Divorce? – Jesus Without Religion
8.6 Related Posts:

People who are religious often find themselves wondering whether divorce is an option or not. If you want to get a divorce, then don’t worry about going to hell.

This is as divorce is not a path that leads you to hell. In fact, there are situations in which you’re actually encouraged to get a divorce.

Yes, even within Christianity.

Keep in mind that divorce shouldn’t be your first option. But it’s understandable that there are times when there are no other options.

Take for example a spouse who is being abused domestically. In such a situation, getting a divorce is necessary not just for self-protection, but to escape a life that is a living hell.

The answer to this question is simple- you‘re not going to hell if you get a divorce. That’s why if you think that your marriage isn’t working out anymore, and you’ve tried everything you can to fix the situation, consider getting a divorce.

Will Divorce Send Me to Hell?

Are you worried that getting a divorce could send you to hell? Relax, as this isn’t the case.

The Bible recognizes that there are situations where a marriage can no longer work. In these cases, the Bible says that it’s okay for you to get a divorce:

Divorce is becoming more common these days. But what is the link between hell and divorce?

For many decades, marriage was seen as a union that couldn’t be dissolved. Marriage was an important social contract, and people believed that married couples ought to stay together.

However, this perception has greatly shifted in the modern world. With as many as half of all marriages ending in divorce, more and more people are choosing to get divorced.

Divorce is not seen as a sin, and will not send you to hell. It is true that divorce isn’t actively encouraged when it comes to Christianity.

However, depending on the kind of marriage you have, divorce could be the best option for you. Keep in mind that your fear of going to Hell shouldn’t be a reason for you to not get a divorce.

This is as God will forgive you for getting a divorce, and welcome you into Heaven.

Will God be Mad If I Get a Divorce?

Have you wondered whether you could find salvation while divorced? This question may have led to you to think that God may become mad at you should you choose to get a divorce.

Know that this is not true. However, this is a perception that people often have, seeing as Christianity does not actively favor divorce.

Marriage is seen as a sacred institution that is meant to last. However, even God is forgiving of situations where divorce is the only option.

This is why, through the Bible, he has already revealed that there are scenarios where getting divorced is acceptable. If your partner has been cheating on you, is abusing you, or has deserted you altogether, then these are good grounds for getting a divorce.

Since God has already set the conditions wherein its okay to get a divorce, you don’t have to worry about going to Hell.

Yes, forgiving divorce  is possible, and is becoming more common. For many years divorce was seen as the last option, and marriage was believed to be a sacred bond.

Even when this was the case, God drew some lines related to how a wife and husband should behave within a marriage. He asked both partners to care for each other.

The wife was asked to respect the husband in the same way they respect the Lord. And husbands were asked to care for and provide for their wives.

But these roles have drastically changed. Not only is getting a divorce more common, it’s also more socially acceptable in the modern world.

If you’re getting a divorce, then don’t worry about whether God will forgive you or not. It’s because he cares for you that he will forgive your divorce and will welcome you with open arms into Heaven.

However, should you have committed adultery, abuse or abandonment, then you may have to repent for those sins.

How to Repent From Divorce

You do not need to repent from your divorce just because you’re getting a divorce. Say your spouse cheated on you and you decided to end your marriage.

Know that God will stand by you for your choice, since adultery is considered a sin.

Repenting from divorce is not necessary, as God forgives all his children. But if you were the partner who cheated or abused or abandoned the spouse, then you would need to repent.

Talk to your Christian counselor regarding what you can do to obtain grace from God. At no point is getting a divorce a promise that you’re going to Hell.

Can You Go To Heaven If You Divorce and Remarry?

Have you wondered does the Bible allow divorce? The answer to this is yes.

Under certain situations, you can get divorced. But just because you’re divorced, should you spend the rest of your life alone?

This is not necessary, as you can find love again and get married. If you do get remarried, then treat your union with care.

That way both you and your new spouse can go to Heaven.

Will God Bless a Second Marriage?

Yes, there are times when God does bless a second marriage. If God has sent someone into your life after your divorce, it’s because he wants you to be happy.

Should you choose to get married, of course he will bless your second marriage.

Should I Divorce My Second Spouse to End My Adultery?

If you’re cheating on your spouse, whether this be your first or second spouse, it’s considered adultery. And in Christianity, adultery is considered a sin.

Instead of cheating on your partner, consider divorcing them. That way, you can ensure that you’re not committing the sin of adultery.

If your partner cheats on you, then on the grounds of adultery, you can choose to get a divorce.

FAQ Relating To If Divorce Will Send You To Hell 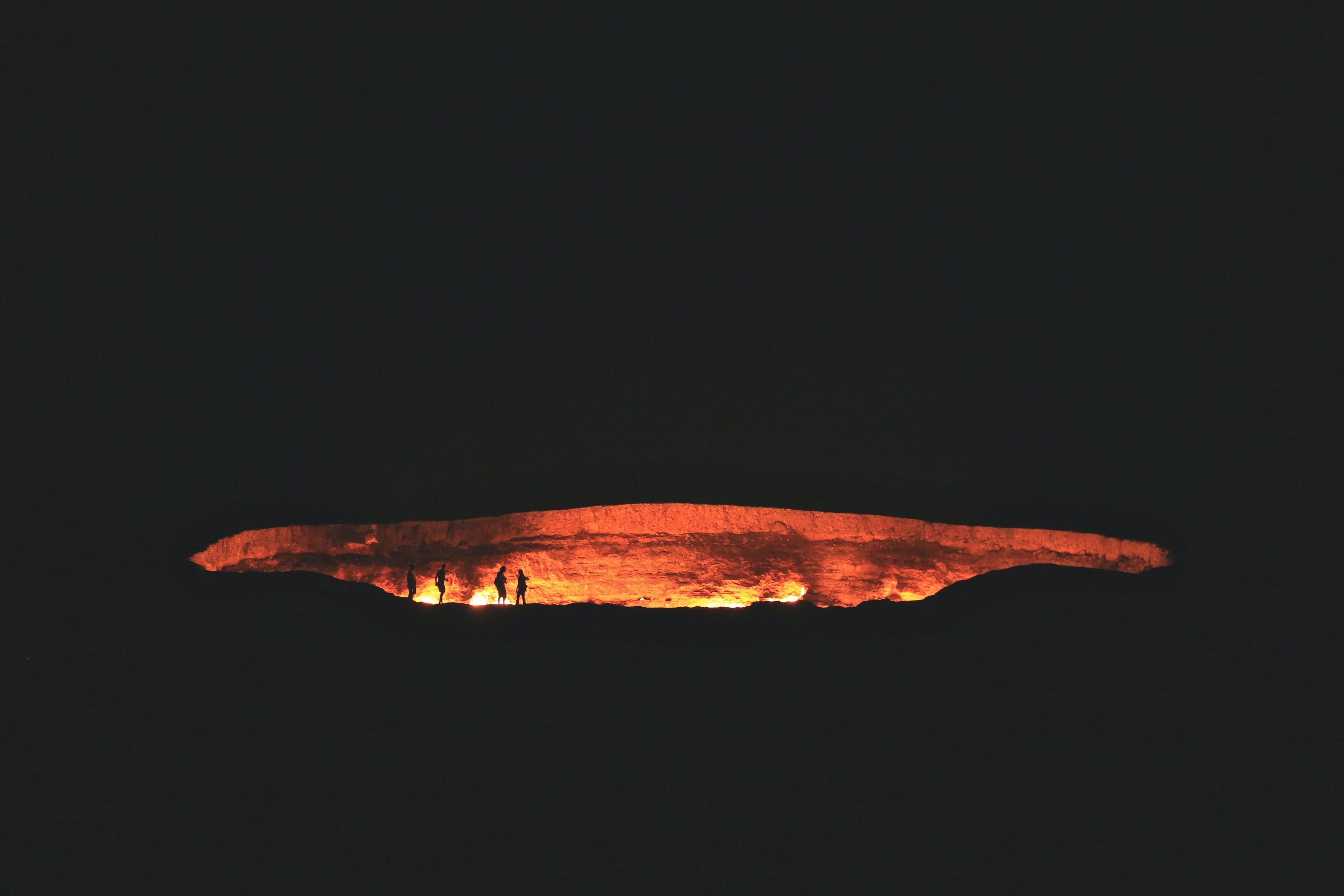 There are many questions that people have regarding going to hell if they get a divorce. Here are the most frequently asked questions.

Can Divorce Be Forgiven By God?

Yes, divorce can be forgiven by God. This is of course provided that it was your partner that was the reason behind the divorce.

If they abandoned you, abused you or committed adultery, then these are seen as grounds for getting a divorce in Christianity. If you’re getting divorced because your spouse wasn’t faithful to you or if they hurt you, then your divorce will be forgiven by God.

If these aren’t the reasons behind your divorce, then try to work out the issues in your marriage first. If even after seeking professional help, you find that your marriage is not working out, you can get a divorce.

God will forgive you since he understands that you tried your best to make the marriage last.

Is It A Sin To Get A Divorce?

No, it is not a sin for you to get divorced. However, you or your partner may have committed sins on the road to getting divorced.

Adultery is seen as a sin, so if you or your partner cheated, this would be a sin. The act of getting the divorce itself isn’t a sin, but what lef to it can be seen that way.

What Does God Say About Divorce?

Have you ever wondered what does Jesus say about divorce? Divorce is seen as something that should be avoided, unless it’s the only remaining option.

God encourages people who get married to care for each other. He wants the wife and the husband to show respect to each other, and to enable each other to lead good lives.

Some people abandon their partners altogether. These acts are seen as sins in Christianity.

While God doesn’t favor divorce, he understands that there are situations where divorce is what’s best for both parties.

Does the Bible Say It’s Okay to Divorce?

Marriage is considered a sacred bond in the Bible. However, there are three conditions in which a divorce is allowed.

This shows that the Bible does make provisions, when it comes to getting divorced.

People who get divorced don’t end up in Hell. It’s people who commit sins, such as adultery, that are more likely to find themselves in Hell

As long as you follow the teachings of the Bible, even if you get a divorce, you can still go to Heaven.

Other resources related to divorce and hell:

“Will I Go to Hell For Getting Divorced?” – Probe Ministries

According to the Bible, is divorce a sin, and does it … – Quora