As there is no such thing as a one-sided divorce, reaching a divorce settlement can be quite long and a tiresome process. Several factors are beyond your control such as – the action of your spouse, court schedules, custody debates, child support conflicts, alimony-related disputes, etc.

If you want to know more about the divorce process, read on!

Why is my uncontested divorce taking so long?

In an uncontested divorce, the two parties are in agreement when it comes to child support, custody, marital property allocation, and visitation rules. However, there are still many factors that can delay the divorce completion process.

It is difficult to have confidence in the fact that your spouse is not hiding assets. This could initiate another chain of investigation and make the process longer.

The length of an uncontested divorce depends on how quickly each step gets completed by the two parties. The first step involves requesting the dissolution of marriage by filing a summons with the court.

The other party (the defendant) must also take part in the process. If the defendant signs all the relevant documents, immediate filing of divorce papers occurs in the court.

The defendant gets 20 days to complete signing the affidavit. If he or she does not complete the same after 20 days, the plaintiff can file the papers directly with the court.

The defendant can also choose to sign the papers in front of a public notary, implying that he or she has no interest in contesting the divorce. This also requires the plaintiff to sign the papers and then file them with the court.

In the next stage, the filing of the divorce papers occurs at the office of the court clerk, in the country where the plaintiff resides. Once, this is done – the two parties do not influence how long the rest of the process takes.

It can take the judge anywhere between 6 weeks to 12 months to finally approve and sign the judgment. You can get a better estimation by asking the court’s clerk or lawyer in your region, as the length of the process can vary from one state to another.

Even after the final judgment by the lawyer, a waiting period might arise and none of the two parties can remarry in specific dominions. In this case, either party can raise an appeal to get closure.

What is the longest time a divorce can take? 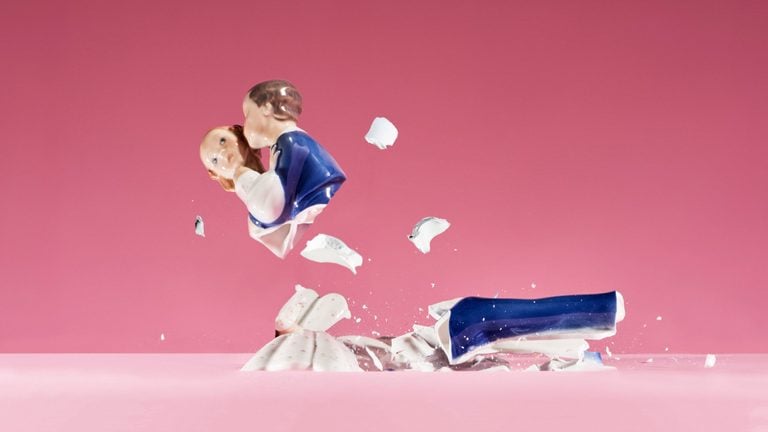 The length of a divorce can vary depending on which state you reside, the type of divorce you’re going for, the complexity of your case, etc. In some states, the plaintiff cannot even file for divorce unless he or she has started living separately for a certain period.

In some states, when there is mutual agreement on most aspects with little complexity – the finalization of divorce can take no more than two to three months.

However, if there are many conflicts to resolve and neither party does enough to mitigate the same – finalization can take several years!

On average, it takes roughly eleven months for the divorce process to complete. Cases that go on trial take longer, averaging around eighteen months to resolve.

Couples who were able to settle things on their own without involving third-party services took only nine months (on average) to complete the divorce process.

So, the variance in time occurs mainly due to how to decide to settle your case and the extent of disagreement regarding the division of wealth or custody.

How long does a divorce take if one party doesn’t agree?

These cases are much more mentally draining and challenging. How long an uncontested divorce takes, depends on the legal difficulty of the case and the length of the judicial steps involved.

A case can be quite complex if one or more of the following grounds is involved:

Unlike uncontested or mutual divorce, a contested divorce is a much slower process. On average it can take between three to five years to complete.

It takes longer also because of the likelihood of either party challenging the decision of the court. If you’re lucky you can even settle a contested divorce case in three to four years.

Religion also plays a major role in dictating the length of a contested divorce case, as rules may differ based on personal laws.

Resisting the narrative of your spouse in case of a contested divorce can also lengthen the legal process. This can result from a power struggle, latent shame, fear, or anger.

Obstructing the legal process, both parties lose money, and in such cases taking the help of specialized legal services may be beneficial.

Why do people take so long to divorce? A divorce can result in a sub-optimal solution for either party and result in financial ruin or even reputation damage. So, it is a costly battle that can drag on for several years as neither party would want to compromise.

Some major factors that can prolong the divorce finalization process are – state laws, time taken by the defendant, involvement of children, spousal disagreement, loads of paperwork, drawing up a settlement, etc.

The involvement of a third-party arbitration will further complicate the process. This is done when neither party can figure out how to split assets fairly.

Your divorce can proceed slowly due to many reasons. Some are under your control while some aren’t.

The 2020 pandemic exacerbated the problem further as loads of cases got stuck in the process. If your case involves huge assets and children, the delay can be much longer.

The mandatory six-month waiting period does not help either, after the submission of your final divorce papers.

Your spouse might have a reason for delaying the progress as well. It could be because of the children, insurance, lack of interest, or even out of spite!

The involvement of large assets and debts also makes the process tricky and time-consuming. There can even be technical issues arising from the court – for example, if they lose your file!

So, there can be a multitude of reasons delaying your divorce process.

Divorce by mutual consent (uncontested divorce) remains the fastest and easiest way to get a divorce, as the spouses themselves resolve most of the major issues.

How long does a divorce take with a child?

Divorce cases involving children take around fifteen months to complete and cost on average $15,500 in total.

What is the average length of time for a divorce?

From filing the divorce petition to the final judgment, it takes around 12 months on average. However, if the case goes on trial, the average duration increases to 18 months.

How long does it take to get a divorce in Georgia?

On paper, it is possible to complete the divorce process in as little as 31 days in the state of Georgia. But that is seldom the case.

In reality, if you’re a Georgia resident you first need to be “legally separated” before initiating the divorce process. Here uncontested divorces usually take anywhere between 6-12 months to complete.

However, a contested divorce can last from 6 months to several years!

What are the 5 stages of a divorce? 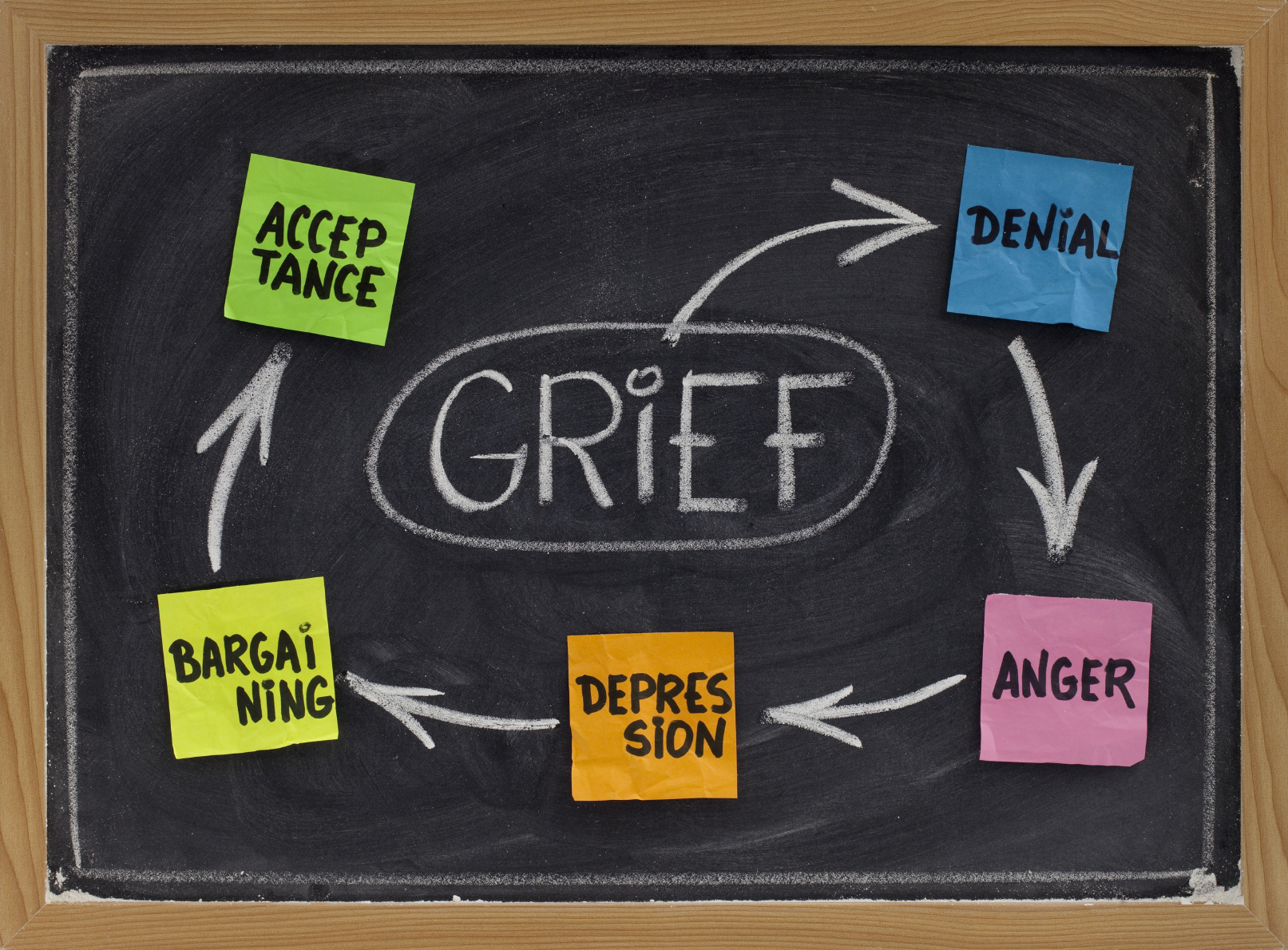 The five stages of a divorce are as follows:

How long does it take to finalize a divorce in Florida?

How long does it take to get a divorce in North Carolina?

How long does a divorce take in Texas?

Can a judge deny a divorce?

If there is proof that the consent is fraudulent or forced, the judge can deny the divorce petition.

What is the new law on divorce?

Nowadays, married couples in the US can file for divorce on the grounds of “either fault” or “no-fault”. In the past, most states only allowed “fault” entries, but that is not the case now.

What can a wife claim in divorce?

After the divorce, the wife holds the right to demand maintenance and livelihood expenses for her & her children.

Can I get married while my divorce is in the process?

No, you cannot. Irrespective of whether it is a contested or an uncontested divorce, as long as the process is pending in court – you cannot remarry on legal grounds.