For any child, The news of their parents getting divorced can hurt the child badly. Children start to less enjoy the activities they previously enjoy a lot. Children can show Unwillingness to talk with their friends and parents.

A child might not get good sleep because of anxiety which consequently affects the children’s academic performance.

Let’s see some questions comes to people’s mind when they think of divorce.

Worst Age For Divorce For Children?

Divorce of parents is not easy for any age of children whether you are 30 or 3 but still, there are thousands of examples of couples getting divorced each year.

The primary concern parent has when they are thinking of getting a divorce is the question of that is there any age when their divorce will hurt the children most.

Or should they try to make it work for the welfare of their children until they’re mature enough to understand what is divorce? Although divorce of parents affects children of every age. It affects children between the age of 6-12 the most. Why?

Their world revolves around themselves. They search for their role in everything and make everything personal.

They might develop feelings like their parents are getting separated because of themselves. This feeling can make your child feel depressed and anxious to some extent.

So what you as a parent can do to minimize the effect of your divorce on your child?

Waiting To Divorce Until The Child Is 18?

However, I would like to point out that this is not the right question to ask for. Instead, you should ask the real question.

They might think that it would be better if their parent get divorced rather than continue living in a bad marriage.

If you think that you can hide your fighting from your children then you are wrong. Children can feel the tensions between their parents.

Children need peace for their development and if your divorce can bring peace to them then it is not a bad idea. Now your children will have two beautiful and happy homes instead of a horrible and unhappy home.

If not, then you should be an example for them. Make them realize that your happiness is something that matters. No matter what the situation is.

How To Divorce Without Hurting Your Child?

Parents often think that what would be the effect of their divorce on their children and how to minimize the consequences of divorce.

But to a child of any age knowing the fact that their parents will no longer remain married to each other can be disturbing and shocking.

Let’s see what you can do to make your divorce as smooth as possible.

The above-given advice can make your divorce as smooth as possible and will hurt less your child.

Negative Effects Of Divorce On Children?

These are some negative effects divorces can have on children. 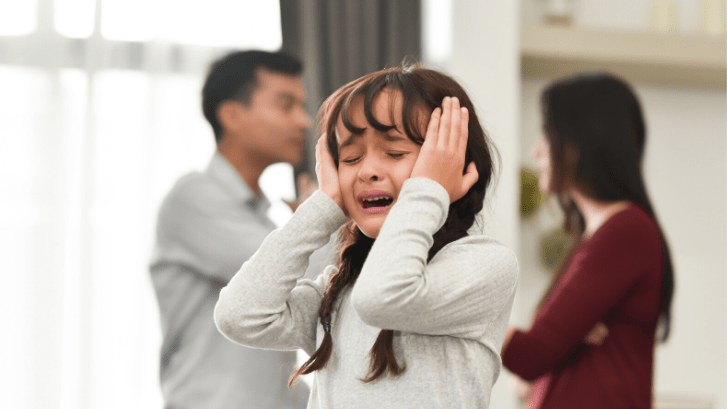 Psychological Effects Of Divorce On Children?

Depending on the circumstances and the age of the child the psychological effects can be different. The most common ones are:

Can Divorce Be Good For a Child?

Divorce can sometimes be good for the child. It depends on the situation like if you are in a home where there are resentments.

Never-ending arguments between you and your spouse and sometimes these arguments reaching to the heights of abusing each other.

Then instead of doing all this fighting in front of your child, it would be better if the parent takes a divorce. It would be much more beneficial to the children than watching all the drama day and night.

Is Divorce Better For Kids Than Fighting?

Divorce is better or not than fighting depending on how frequently you fight.

FAQ Related to How Bad Does Divorce Hurts The Child

At What Age Does Divorce Affect a Child?

Divorce affects a child of every age. You should ask at what age does divorce affect a child the most?

Will Divorce Ruin My Child?

Divorce does not always ruin the child. Yes, there are instances when divorces ruined the child’s life. There are other instances also when divorce became a necessity to save a child from suffering mental trauma, depression, and anxiety.

Now it depends on you whether you want to take a divorce or not. If you can survive the hell-like relationship then go ahead. But you should seriously think about divorce if you can not.

Is It Better To Stay Together For a Child?

This is not an easy question to answer. There is a lot of evidence available which suggests that staying together can be more helpful for a child than taking a divorce.

Also, there are opposite examples available that suggest taking a divorce is a better option if your relationship is strained or involves domestic violence.

In conclusion, being parents try as hard as you can to work out your marriage for the sake of your children.