Divorce is not accepted in the Amish community. The Amish take their wedding vows extremely seriously.

However, it’s possible for there to be rare cases where divorce is allowed. But these are few and far between.

Separation is something you’re more likely to find among the Amish community. The Amish also do not get remarried to anyone else, so long as their previous partner is alive.

Within the Amish community, divorce is taken very seriously. People do not get divorced if they can at all help it.

However, there could be rare cases where divorce is granted. There could also be times where the spouse may have passed on.

So, do the Amish get remarried? The Amish don’t actually marry anyone else while their previous partner is still alive.

This holds true even if they should be separated from their partner. In case the partner dies however, it’s seen that the Amish do choose to get married again.

Some other widows may choose to financially support themselves instead. Such people are end up receiving financial assistance from their family, or even from the Church.

When it comes to whether there are more widows or widower, a gender imbalance has been observed. Not only are men likely to die earlier, they are also more likely to remarry.

Do you have questions about Amish and divorce? What about questions regarding whether they can have sex before marriage.

The answer is a no. The Amish are forbidden from partaking in sexual practices before marriage.

They are also known for participating in a custom known as bundling. This is where the couple lies together in bed, although they have a plank of wood that is between them.

This way, according to the Amish, the couple can get to know each other before the official ceremonies are over. After marriage they are free to do as they please, but the Amish are strict about not getting engaging in sexual practices before marriage.

How Many Wives Can An Amish Man Have?

An Amish marriage involves just one man and one woman. This is what’s traditional, and what’s followed by the community even today.

This means that barring special cases, an Amish will only have one wife. These special cases can involve death and divorce.

Note that it’s very rare for people in the Amish community to get a divorce. But there are times when divorce does happen.

Even in such cases, the Amish do not generally marry anyone else while their previous partner is still alive. In an Amish marriage, the man is considered to be the head of the household.

The woman is considered to be the person responsible for caring for the children.

What Do Amish Wear To Bed?

Do you want to learn more about can an Amish get divorced? You could also have questions about the daily lifestyles of the Amish, such as what they wear to bed.

The Amish can stay up even after it gets dark. Remember that the Amish don’t all have electricity.

However, there are some Amish who have started adapting battery operated lights. They end up carrying these lights around so they can see better.

Even with this new light source, the Amish still go to bed pretty early. Usually, you’ll find them going to sleep between 9 and 9:30 PM in the summer.

This is as the Amish tend to start work early in the day.

They often need to start their work by 5:30 AM in the morning. For this reason, they may need to wake up as early as 4:45 AM.

The Amish tend to wear comfortable clothes when they go to sleep. These clothes are often made of cotton or other materials that can be sourced locally.

An Amish wife had many rules that she needs to live by. The wife is central to the success of Amish marriages.

Generally, there are many rules that an Amish wife will need to follow.

Why Do Amish Only Get Married On Thursdays?

The Amish tend to be bust with a lot of farmwork through the year. The exception to this is the time between October and March.

This is when the Amish choose to have their weddings. However, they only get married either on Tuesdays or Thursdays.

How Can You Tell If An Amish Woman Is Married?

If you see an Amish woman wearing a white bonnet, then you can assume that she is married. This white bonnet indicates to other people that she is in a lifelong relationship with someone else.

So if you see an Amish woman who is wearing a white colored bonnet, you can assume that she is married. 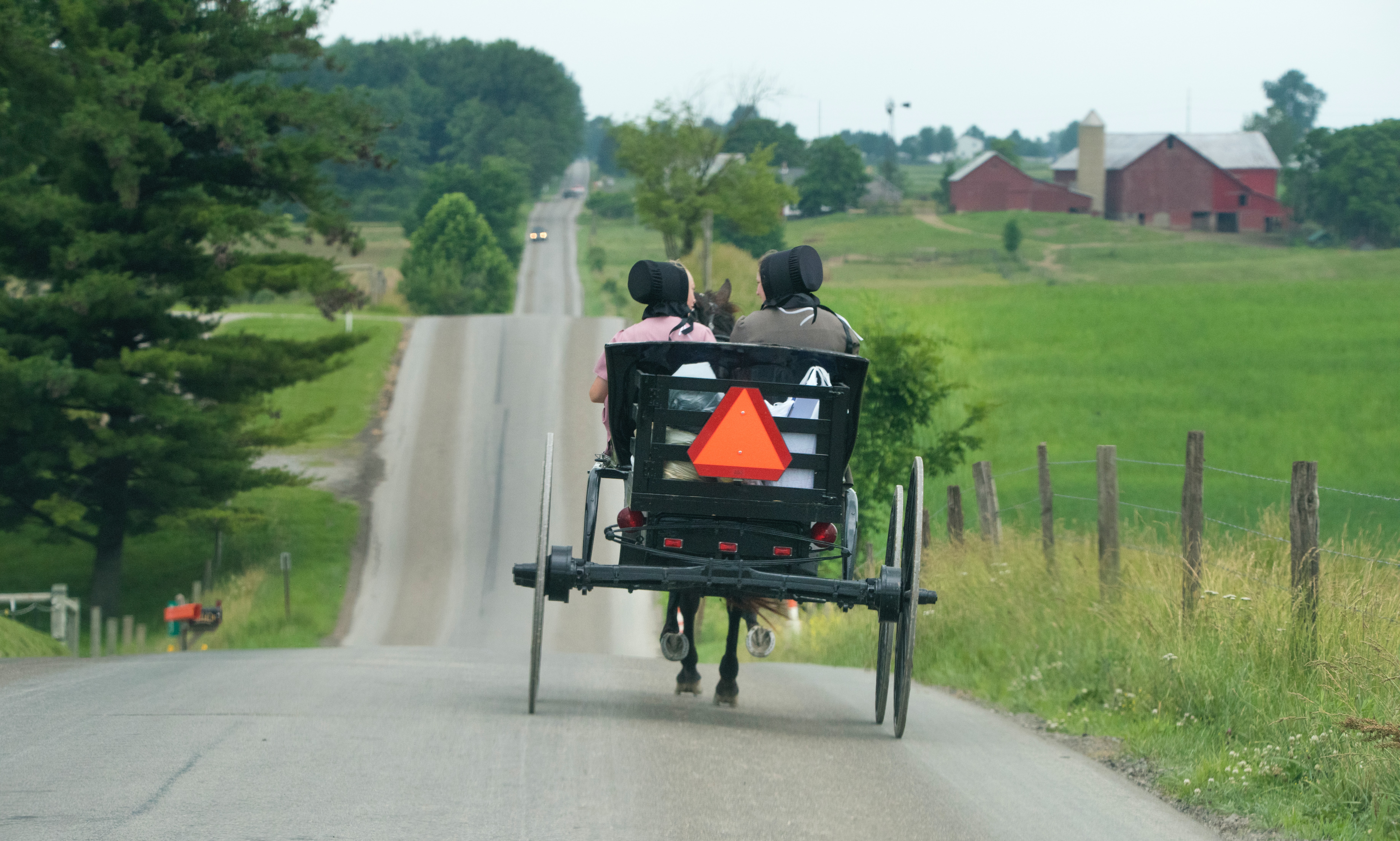 These are the most common questions that people have, when it comes to Amish relationships.

Can You Get Divorced If You’re Amish?

No, it’s not usually possible for couples who are Amish to get divorced. This doesn’t mean that it can never happen.

It’s just extremely rare for an Amish couple to get divorced. Separation however, is seen more common within Amish communities.

Can The Amish Have Multiple Wives?

An Amish man cannot have multiple wives at the same time. Within Amish culture, marriage is seen as a sacred bond. Do you want to know more about Amish weddings? Maybe you’re interested in Amish marriage and family.

This is a bond that’s meant to last a lifetime between a man and a woman. The only time an Amish man can get married again is if their partner has already passed away.

However, even if the couple is separated, they are unlikely to get a divorce or remarried while the other partner is alive. This is as the Amish community lays a lot of emphasis on the importance of marriage.

Do Amish Pick Their Spouse?

Within Amish marriages, both partners play a role in picking the spouse. It is possible for an Amish couple who is in love to get married.

However, the Amish are only expected to get married to other members of the same Church. If an Amish is unmarried, then they play a role in selecting their future spouse.

Dating customs can vary between Amish communities, but the importance of the family unit can be seen everywhere. The idea of a marriage is to bring together two families in joyous union.

For this reason, it’s not uncommon for family members to also play a role in helping select the spouse.

What Do Amish Believe About Marriage?

There are times however, when divorce is allowed. This only happens in very rare circumstances.

If a couple can’t work out their differences, they are more likely to separate than get divorced. Within the Amish community, only when one spouse dies can the other spouse remarry.

There are older Amish people who choose to remarry for companionship, or to help them get a leg up in life. But marriage is usually seen as a lifelong bond between the two people getting married.