Contents show
1 Divorced female – what’s my title? Do I have a choice?
1.1 What title does a divorced woman use?
2 Why would a divorced woman keep her married name?
2.1 Do you have to use Mrs when married?
3 A man who is divorced is called…?
3.1 Is a divorced man called a bachelor?
3.2 When do you change from Mrs to Ms?
3.3 What do you call a married woman who keeps her maiden name?
4 FAQ relating to how people are addressed after divorce
4.1 Is a divorced woman Miss or Ms?
4.2 How is a divorced woman addressed?
4.3 What is a divorced woman title?
4.4 What are people who are divorced called?
4.5 Other resources related to divorce and the title of ‘Mrs’:
4.5.1 The Mrs. Question – The Emily Post Institute
4.5.2 Are You Still Mrs. After Divorce? – FatherResource.org
4.5.3 Can a divorced woman with kids still use Mrs? – Quora
4.6 Related Posts:

A title signifies respect. Men have only a single title while a woman’s title changes according to her age and marital status. A woman is a Miss till she attains adulthood and gets married.

Tradition dictates that only married women use Mrs. But what happens after a divorce? A woman’s title turns ambiguous after her divorce.

Changes in society have ensured that a woman gets to choose her title. Today a woman can choose to retain Mrs even after her divorce.

It’s more or less a personal choice that has to be respected by society. After divorce, some women change their titles to Ms. Others retain Mrs and their surnames.

Divorced female – what’s my title? Do I have a choice?

Divorced women do have a choice in their titles. Modern society allows plenty of flexibility for women to choose their titles.

Divorced women can choose to either conceal, accept or proclaim their marital status through their titles.

Along with marital status, factors like age and personal mindset also play a prominent role when deciding on the title for a divorced woman. Many women associate a change in title with the closure of their relationship.

They like to move away from everything associated with their married life. For others, it may not matter much or they may not want to go through the hassle of the name change.

What title does a divorced woman use?

Divorced women don’t usually choose the title of Miss. When a divorced woman uses Miss, they feel that it sends out the message that they are looking for suitors.

Some women may not like it. They are uncomfortable with the social proclamation of their single status.

There can be exceptions to this thought process. If a woman is fun-loving and looking for suitors then Miss would be perfect for her.

Older women may find using Miss to be ill-suited to their age. Generally, Miss is a title reserved for young single women.

Many women prefer to use Ms after their divorce especially if they have reverted to their maiden name. It doesn’t reveal their marital status.

Ms is very popular among modern younger women. Ms is also appropriate for women who have a strong professional or business presence.

The woman may change her title with the passage of time. Some women may not be comfortable with changing their title immediately after divorce but after some time they may be open to the idea.

Their title may change again if they remarry after a divorce.

Why would a divorced woman keep her married name?

This brings us to the question of why would a divorced woman show interest in retaining her married name. Usually divorced women who have children do this to prevent a mismatch in their surnames.

They want to blend in with their children’s names and avoid offering explanations at random places.

They may continue with their marital name for the sake of convenience.

Some women may also retain Mrs to avoid future suitors. A divorced woman may also continue with her marital name if the husband’s family is well known, and it enhances her social status.

Women who have been married very early in life may feel that their marital name is part of their identity. They may not want to part with it.

Women who are professionals may be well known by their marital name.

Changing their marital name may involve rebuilding their identity and their image. Then there are women who don’t want to proclaim their divorce.

They may retain their married name so that their social connections won’t know about their personal issues. Women may also retain their marital name if the divorce has been amicable.

Do you have to use Mrs when married?

This again is a personal preference. Many professional women prefer to use the title Ms. Married, single, or divorced women can safely use this title.

A married woman can no longer use Miss. In casual situations, she may use Mrs followed by her name and her husband’s surname.

Many married women use Mrs followed by her husband’s first name and family name in formal situations. Some women don’t mind if you address them as Mrs followed by the family surname.

Some women continue with Mrs even after divorce or widowhood. Married women can no longer use Miss. They have a choice between Mrs and Ms. 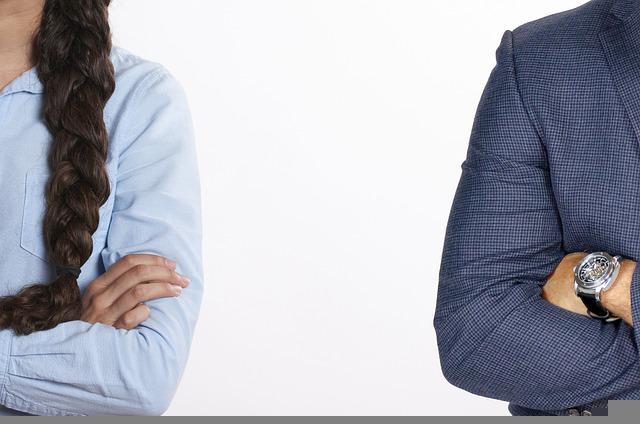 A man who is divorced is called…?

A divorce is a term used for a man who is divorced. A man’s marital status does not affect his title. Men have it easier in such matters.

A man is always a Mister or Mr. Their titles are unaffected by their marital status or age. This only changes if the man is a high-ranked professional like a doctor, judge, ambassador, or holds a military rank.

Is a divorced man called a bachelor?

A divorced man is not a bachelor at least not technically. A bachelor is defined as someone who is not married and who does not cohabit with a female.

Once a man is married he automatically loses the title of bachelor. After divorce, he is known as a divorce. He can no longer return to the term bachelor.

When do you change from Mrs to Ms?

The change from Mrs to Ms usually happens after divorce. This is because after a certain age women find it juvenile to use the title of Miss.

They may no longer want to continue with Mrs after divorce. This is especially true if they have reverted to their maiden name and don’t want to be associated with their husband’s name.

There are women who prefer to use Ms all along in their professional lives. Ms is the short form of Mistress. It is the female form of Mister. Ms does not tell you the marital status of the woman.

This change depends a lot on individual preferences and state of mind.

Some women find Ms to be demeaning while some others find it to be empowering. Ms is vague. Therein lies its strength and weakness.

Older women who have been in long marriages find Ms to be a step down from their title of Mrs.

What do you call a married woman who keeps her maiden name?

Some women choose to continue with their maiden name after marriage. This is particularly true if the woman has a strong professional identity.

Retaining the maiden name also avoids a lot of paperwork associated with a name change. In such cases, you can address them as Ms or Mrs followed by their surname. FAQ relating to how people are addressed after divorce

Is a divorced woman Miss or Ms?

There is no strict rule regarding this. It is a woman’s personal choice. However, after an age women avoid the title of Miss.

They think it makes them look immature. Many women feel that Ms makes them look mature and professional. It is best to address a woman as Ms when you have any doubt about her title.

How is a divorced woman addressed?

It is for the divorced woman to decide how she would like to be addressed. Some women don’t mind continuing with Mrs even after divorce.

Whenever you have any doubt regarding a woman’s title it is always better to address her as Ms.

What is a divorced woman title?

There is no fixed title for a divorced woman. It can be Miss, Mrs, or Ms. In a modern society a woman is free to decide her title irrespective of her marital status. It is better to find out a woman’s preference while addressing her.

What are people who are divorced called?

Divorcees is the term used for people who are divorced.

Other resources related to divorce and the title of ‘Mrs’:

Are You Still Mrs. After Divorce? – FatherResource.org

Can a divorced woman with kids still use Mrs? – Quora