Contrary to popular belief, divorce is not considered an unforgivable sin in god’s eyes. As per the word of god, getting a divorce does not send people to hell.

Many people who enthusiastically follow the teachings of the Holy Bible are faced with this question. The answer to this question lies in Matthew 19:9. According to Matthew 19:9, God recognizes the first marriage as a valid marriage.

What happens to divorced couples in heaven?

A divorce or a second marriage does not send anyone to hell. In Matt.19:3-8-, when some Pharisees questioned Lord Jesus about why Moses permitted a man to grant a certificate of divorce to his wife, he had an interesting reply.

Lord Jesus mentioned that when their “hearts were hard” or when either spouse commits adultery, divorce is permitted. Therefore, one does not need to worry whether getting a divorce will stand in the way of their journey to the kingdom of god.

In the Gospel of Luke, Jesus has made it clear that marriages consolidated on Earth do not remain valid in the kingdom of god.

Should I divorce my second spouse to end my adultery? 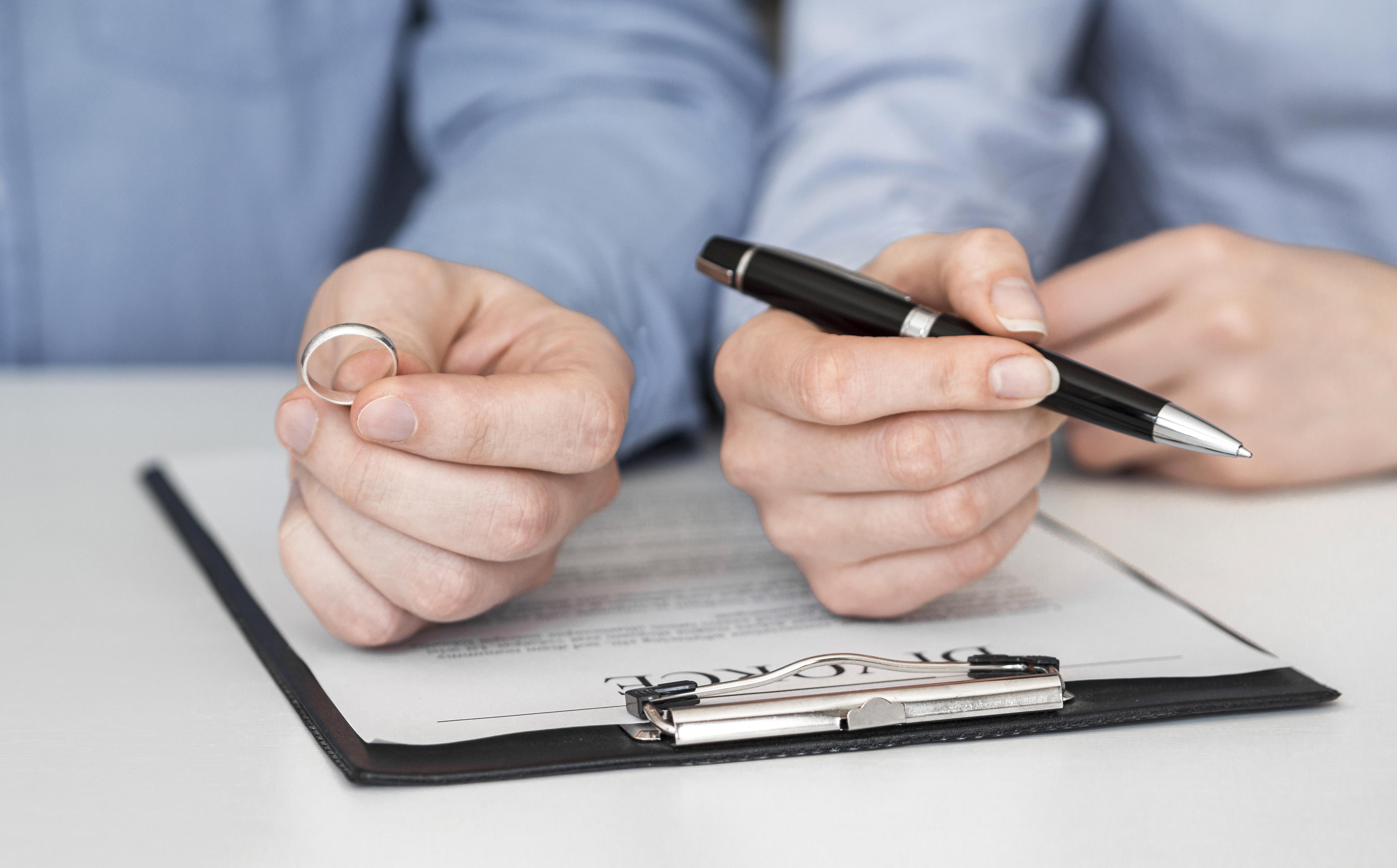 Divorcing a spouse accused of the sin of adultery or an unbelieving spouse is allowed on biblical grounds. Here, Jesus was referring to the physical act of committing adultery. So, according to the Bible, divorce on the grounds of emotional abuse, sexual immorality, or adulterous marriage is allowed. Divorce for any other purpose is wrong.

Accordingly, ending the new marriage or second marriage if there is no sin of adultery, is wrong according to the word of god. The assumption that it is right and honorable to divorce the second spouse in order to reunite with the first spouse is false.

Divorcing a second wife in order to remarry the first wife and carry on with the first marriage is not the right thing to do. In this scenario, there will have been two divorces or two transgressions.

The second divorce is equally unjust as the first. The notion of divorcing a second spouse because both the original divorce and the second marriage were improper in order to remarry the first spouse contravenes a number of biblical precepts and laws. Such behavior is against the Bible and sinful.

Will god forgive me if I remarry?

As per god’s command, divorce is not essentially a sin. A divorced woman or a man does not go to hell. A married couple is allowed to divorce on the grounds of adultery and an unbelieving spouse.

However, the fact that God forgives divorce does not necessarily mean that one is free to remarry as and when one wishes. Sometimes the holy spirit calls upon people to remain single and serve God wholeheartedly. However, in god’s eyes, it is better to remarry than to burn with passion. So, this may also mean that god’s word allows people to remarry.

Can an adulterer go to heaven?

The sin of adultery is condemned by God. In Corinthians 6:9-10, apostle Paul warns Christians about the serious consequences of committing the sins of adultery or forming sexual relations outside the marriage bond.

Adultery occurs when a man’s wife or vice versa forms sexual relations with someone apart from her own husband or a man’s wife, respectively. There are a lot of long-term destructive consequences of adultery. Not that God cannot pardon adultery, but the fact that adultery wrecks relationships and ends lives make it dangerous.

Nevertheless, some believers of the old testament and the new testament believe that the sin of adultery is an unforgivable sin. As per them, adultery that takes place as a result of divorce and remarriage of an already married woman or man, is unforgivable. However, such an interpretation is faulty because of the infinite forgiveness in Jesus Christ.

The god of israel forgives all forms of adultery, only if the sin is confessed and repented for. The man or woman who has committed adultery must work with Him to restore the broken bonds of true love and relationships in his or her life.

Is divorce and remarriage an unforgivable sin? 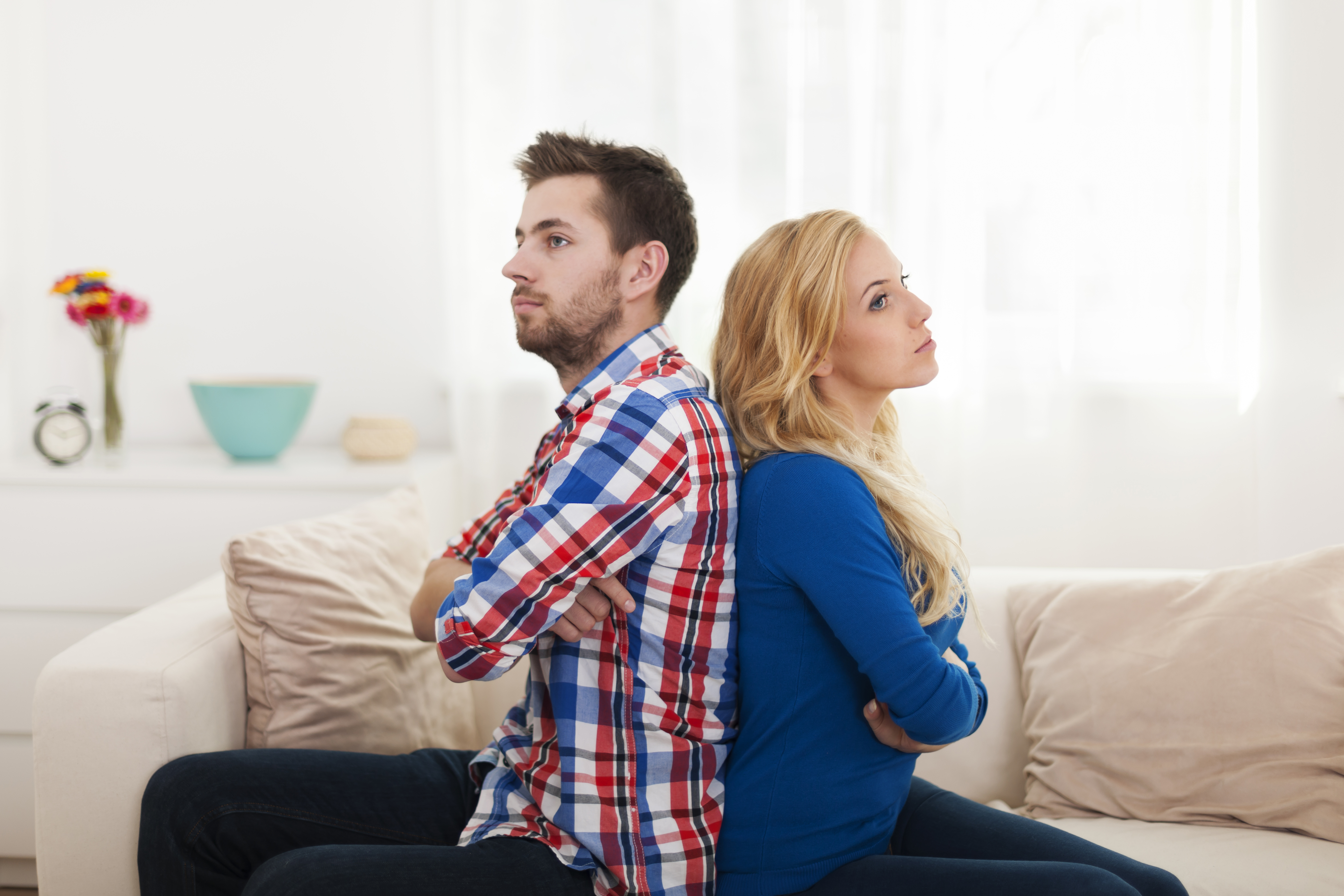 Although marriage is considered to be a holy union and a celebration of true love, marriage vows may be broken at times owing to different circumstances. Divorce is not an unforgivable sin. However, according to the word of god, divorce is allowed only on two biblical grounds- the sin of adultery or an unbelieving husband or an unbelieving wife.

Divorce on any other ground is not permitted. In His eternal life, God forgives the sin of adultery, only if it is confessed or repented for. All the good works of a person’s life do not simply become ineffective for a divorce.

Moreover, after remarriage, one must not divorce their second spouse only to remarry their first husband or first wife. Such actions result in two separate sins and may be considered unforgivable. Therefore, it is safe to say that divorce and remarriage are not essentially unforgivable sins.

How to repent of remarriage adultery?

It is important to remember that repentance for remarriage does not mean divorcing the man or woman you remarried to. This would lead to a second sin.

Repentance mostly entails expressing your regret to God for your prior sins of divorce and remarriage, which were transgressions against him. If you are struggling to experience God’s forgiveness, you could think about asking your present spouse and/or a few other Christians to be there with you as you confess these things.

Is it a sin when god leads you to divorce?

Even while divorce can be terrible and upsetting for all parties involved, it is not always sinful. Although God decides who gets married, God will never let you stay in a bad marriage for too long.

God demonstrates that he never encourages abusive or unfaithful marriage by leading you to divorce. In light of this, he encourages married couples to seek solace in divorce. It is safe to conclude that when God himself leads you to a divorce, it is not a sin.

Is it a sin to remarry after a divorce?

As mentioned earlier in the article, divorce and remarriage are not essentially sins. Divorce is allowed on two biblical grounds- adultery and an unbelieving spouse. In such cases, divorce is permitted and not considered an unforgivable sin. Moreover, the Bible also mentions that it is better to remarry than to burn with passion.

Thus, it can be said that divorce and remarriage are not sins and can be forgiven if confessed to and repented for.

Will I go to heaven if I am divorced?

Divorce is not inherently sinful according to God’s command. Neither a divorced man nor a divorced woman goes to hell.

If you have divorced your spouse on the grounds of adultery, sexual immorality or abuse,  it is permitted by God and there is no bar to your ascent to heaven. In general, divorce can be forgiven by Lord Jesus if one confesses to it and repents it.

Can a second marriage be blessed by God?

According to Jesus, any marriage that occurs after a divorce and while the former spouse is still alive was conceived via adultery. Jesus’ word choice demonstrates that the new marriage is a legal partnership created through the exchange of vows and realized in a relationship that is “one-flesh.”

Although an act of adultery was used to create this legitimate commitment, it still needs to be respected like any other marriage. In this new union, the man and the woman are to be devoted to one another until death.

Can you go to heaven after adultery?

Since adultery is so prevalent and pervasive, many people have serious concerns about it. Any sin, including adultery, is pardoned by the Lord when the offender repents and gives up the sin.

Adultery and other sins require authentic and sincere repentance. The sinner must not only repent of his sin but also turn away from it. God views as absolutely useless any form of repentance that is limited to feelings, wishes, and hopes. A person does not truly repent unless they quit doing wrong entirely.

The good news is that God will not only pardon sins, but He will also grant believers the ability to overcome all sin—including adultery—so they won’t commit it again.

Before anyone says ‘ I do ‘ they should consider the implications of divorce down the road. Remarriage, for example, can cause problems if you’re Catholic. Divorces do cause problems within the wider family and also for religious people.

Will God bless a marriage started in adultery? Who knows? Whatever the answer, it isn’t a nice thing to do but sometimes you can’t help it! Questions like Do adulterers go to hell are not really conducive to intelligent partnerships.

Does the bible say divorce is a sin?

It depends which bible you’re talking about. The Catholics say so, for sure, but it’s a modern world and things change fast – be guided by your heart. Hells punishment for adultery can’t be as bad as living in a loveless marriage, can it?

If you marry again will God bless a second marriage?

God will bless us all, whatever we do, make no mistake about that. Man-made rules about sin and punishment are just that. Be free! Do you go to hell for divorce – hell no! Do adulterers go to heaven? Of course – we all do.

Do you go to heaven if you commit adultery?

There’s a big misconception about God and heaven, IMHO. God created you as a divine being – why would he punish one of his creations, just for living the best they can?

If you’re divorce, or going to divorce, there’s a good reason for it. Is it a sin to remarry after divorce – of course not! Do you go to hell for adultery – no.

If a woman divorces her husband can he remarry?

It doesn’t matter who divorce who. As long as the divorce is final, either the wide or husband can remarry. Will God bless a third marriage? God will bless any marriage, whatever the religion or divorce state. It isn’t a sin to remarry after divorce.

What happens to divorce couples in heaven?

In heaven we all meet again in perfect peace, with no worldly cares or animosity towards our previous loves.

What does the bible say about marrying a divorced woman?

The bible says that everything depends on the pureness of your heart and your good intentions.

What does the bible say about adultery and divorce?

Different bibles say different things. Catholics are much stricter than others in this respect. At the very minimum adultery is a betrayal of another person’t trust so is a moral failing.

Can adulterers go to heaven?

Can a christian get divorced?

Some kinds of religious groups have more strict views than others, but in general Christians can and do get divorce. Can a divorced woman remarry? Yes, no problem. What happens if a catholic marries a divorced person? Nothing at all, except for the reactions of silly people within a closed and narrow-minded Catholic community.