Since the rules of churches tend to vary depending on denominations, sects, practices, local culture, and a lot more. 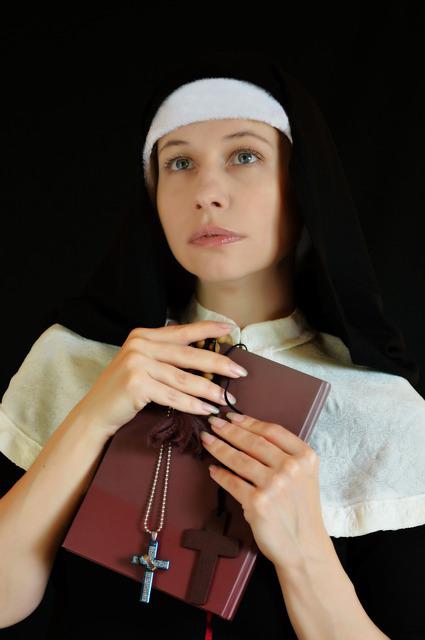 Can divorcees become a nun?

Let us look at this question from a more insightful perspective. Can divorcees become nuns? The answer, by all means, is yes.

They can become nuns if they have a spiritual calling, and there are various ways of making it possible. Even if a certain church does not allow divorcees to become nuns, others would.

But in many cases, you need to perform a marriage annulment.

Instead, you are seen as someone who never got married in the first place. Catholic churches, in particular, do not recognize divorces.

To be a part of such a church in any spiritual or religious capacity, you must either be celibate or have your marriage annulled.

Can you become a nun if you’ve been married before?

Here again, the answer depends on a lot of things. They are listed below:

While exceptions do exist, they are far from the norm.

Can you become a nun if you have a child?

If you have children who are under 18 or still dependent on you/your ex-spouse, you cannot be a nun. It is not allowed since deserting your children when they are not yet adults is not recommended by the Bible or the church.

But if your child is a full-grown adult, you may be allowed to become a nun. But there’s a big problem here as well. Having your marriage annulled would imply that the children were born out of wedlock.

That may hinder you from joining an order of nuns under the church. In most cases, nuns wilfully sever ties with their families in order to pursue God and Truth.

If that’s the case for you, it should not be a problem for you to become a nun even if you have a child.

Can you become a nun later in life?

For many people, it is difficult to find their calling when they are young. As a result, many of them wait until late adulthood to make the important call.

Since it’s possible to be a nun after a divorce, you can opt for the life of a nun once you are no longer tempted by worldly attractions. In fact, it is better to be a nun later in life in some ways.

While those with strong convictions have no trouble keeping temptation at bay, many younger clerics and religious people fail to do so. When you join a nunnery later in life, you would have already seen what the material world has to offer.

Your journey towards being a nun can be much smoother later in life.

Becoming a nun after 60

Not everyone thinks about becoming a nun after 60, but it is indeed possible. But there are several conditions that you have to meet to be a nun after 60.

However, when you reach 60, it’s expected that your children will already be adults and busy in their own lives. At such a point, you can fulfill your calling and devote yourself to the church.

Do you have to be a virgin to become a nun?

In the past, it was a requirement for a woman to be a virgin in order to be a nun. Since we have already discussed how women can be nuns even after being married and having children, being a virgin is no longer a requirement.

But the vow of celibacy is a must for all nuns. That means nuns who are in the order can no longer have sexual relationships with anyone.

Getting rid of temptations is a core concept of being a nun. Naturally, physical temptation has no place in your life if you want to be a nun.

Can nuns be married?

In general, nuns cannot be married. But the same rules do not apply to every church. As a result, some churches admit both married and single women.

In the case of single people, a vow of celibacy is taken. But in the case of married nuns, the vow is of unfaltering commitment to their wedded husbands. In many instances, a married couple enters monkhood together.

Some even opt to no longer have physical relationships with each other. To put it in a nutshell, yes, it is possible for you to be a nun even if you are married, but only in certain orders. FAQ relating to becoming a nun and divorce

Women have several questions and doubts when it comes to becoming a nun. While many women want to take that path, they are worried that their life circumstances will not allow for it.

In the following section, we will answer some of the most common questions about becoming a nun and divorce. At the same time, it is important to remember that churches can have very different rulesets when it comes to who can become a nun/monk.

Can you live in a convent without being a nun?

Historically, oblates have associated themselves with convents without being a part of the monastic order. But in the modern world, many convents no longer allow people to live there without being a nun.

In the end, the decision boils down to the administration of the convent.

Can you become a nun if you are not a virgin?

Yes, it is possible to become a nun if you are not a virgin. It’s also possible for you to be a nun after getting a divorce. In certain orders, even married women can enter the convent.

As a consequence, being a virgin is no longer a requirement for being a nun.

But that does not mean that every church or convent accepts women who are not virgins as nuns. Every church has its own traditions and rules, and you must respect them. If you are not a virgin and still want to be a nun, there are several ways to make it happen.

How to apply to become a nun

When it comes to Catholic churches, the first requirement of being a nun is to be a Catholic. The same may or may not be applicable to other denominations.

If you have a convent near you, go there and talk to the nuns living there. They will direct you about the steps you need to take in order to be a nun. If there isn’t any convent near you, look up the same on the internet.

Some convents will allow you to apply online, while others require a physical meeting.

Are all nuns catholic?

No, all nuns are not catholic. Nuns are a part of what we call the monastic order of a church. They no longer deal with worldly happenings and focus on God alone.

Catholicism is not the only denomination of Christianity that has a monastic order. Several other denominations also have monks and nuns.

But in case you want to be a nun in a Catholic convent, you do have to be Catholic first. That does not mean you have to be born Catholic.

Anyone can convert to Catholicism if they want to become a Catholic nun. Even if you are not Catholic, you can still find churches and convents that don’t require you to convert.

Other resources related to becoming a nun after divorce:

Can a divorced woman become a nun? – Morrissette Law Group

Can a divorced woman become a Catholic nun? – Quora

Is being divorced an obstacle to religious life?