The answer is yes, there is a possibility for a person to become a monk even after their divorce. However, it will also depend on the monastic order you select. A vocation director can guide you on the detailed rules.

After all, there are so many people around the world who are fascinated with the brown robe and the beauty of spiritual life. So, there are many who want to let go of their good life and wish to embrace monkhood and enjoy a unique life experience.

From the Celestines to the Paulines and the Benedictines, each order follows distinct regulations related to a person’s indoctrination to monkhood and spiritual practice. There is a lot of time when a person is not allowed to remarry after he becomes a monk for his whole life.

A monk does not attach any value to credit cards or bank accounts after his indoctrination. Elder brothers in the monastery guide him to lead a calm and peaceful life.

Is there an age limit to become a Buddhist monk? 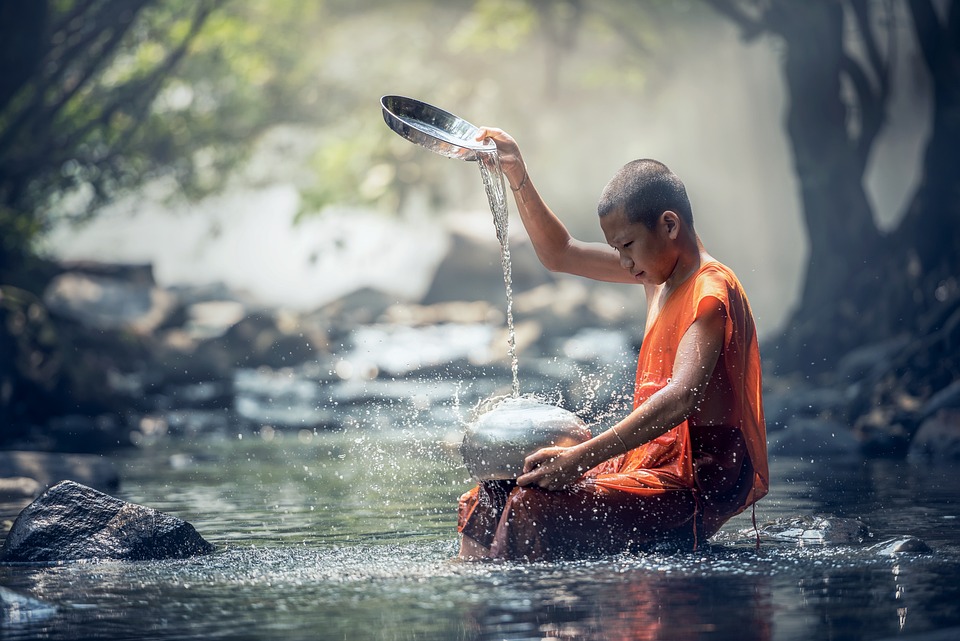 Any person over the age of 8 can start exploring the monastic life. In some nations, it is a part of the economics of the retirement system and culture to become a monk after one retires from their job.

It is to be noted that there is no upper limit age for becoming a Buddhist monk. For instance, it is quite common to find people opting for a monkhood after their retirement or engagement with some other professions or vocations.

Even many young people want to renounce their way of life and choose to become monks.

According to the Buddhist doctrine of Tibet, small kids cannot attain monkhood until they are around 7-8 years of age when they are able to drive crows away. Additionally, the monastery head will also check the child’s background before the indoctrination.

In several Buddhist cultures in Asia, the monastery has monks, as well as nuns. Additionally, there are lay people in the monastery. A lay person is a part-time supporter who serves the monks and nuns, which indicates the lay life is not easy.

Is there female Buddhist monastery in USA

The monastery is located in Newport, Washington, United State and was set up in 2003 by Bhikshuni Chodron. The monastery is open for all people who wish to be familiar with the community life in a monastic setting with Tibetan Buddhist affiliation.

The name of the monastery appeared auspicious to make sure the teachings of Lord Buddha was sufficiently available for female, as well as male monks at the monastery.

This seemed auspicious to ensure the Buddha’s teachings would be abundantly available to both. Incidentally, the Plum Village Monastery was founded by a Buddhist monk and a nun in 1982 in southern France.

Is there a Buddhist monastery in California? 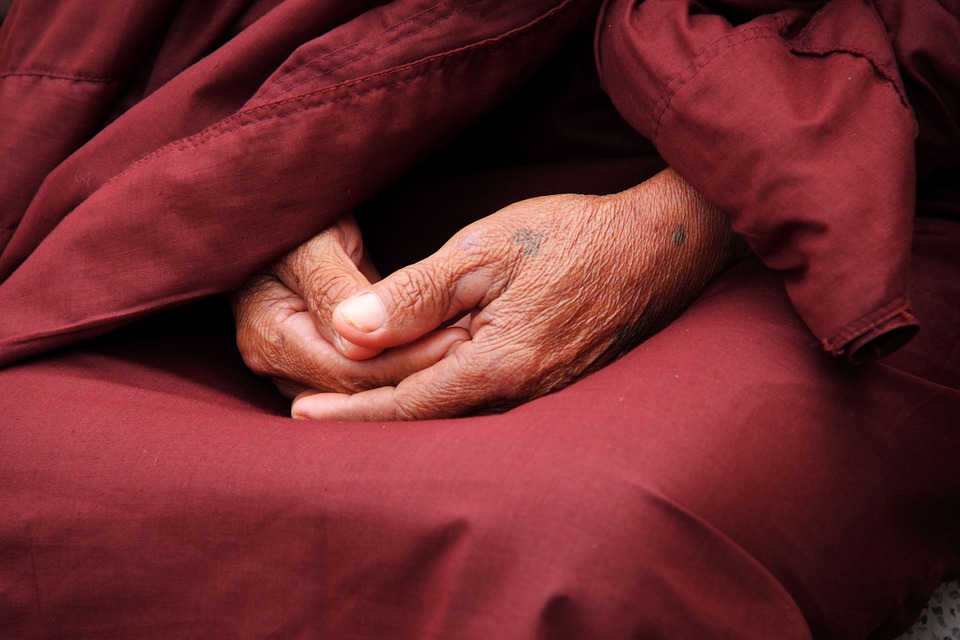 Yes, Abhayagiri is a famous Buddhist monastery in Rosewood Valley, California. It follows the Thai Forest Tradition and teaches Buddhist ethics along with insight meditation and traditional concentration.

The monastery is located around 26 km (16 mi) from the north of Ukiah and originated in the 1980s. At that time, requests were sent to Ajahn Sumedho, for teaching Buddhism in the state of California.

Sumedho and many other senior nuns and monks started visiting leading to the establishment of Sanghapala Foundation in 1988. At present, the monastery sits on 1.1 km square (280 acres) of mountainous forest land.

How many Buddhist communes in the USA?

According to a study conducted in 2017, about 75% of Buddhist congregations were found in metropolitan areas having a population of more than a million. Out of all these metro cities, the researchers identified San Jose as the most populated Buddhist area in the US.

Approximately, 1.25% of the total population identified themselves as following the Buddhist faith. Over 2,854 congregations and 991,683 Buddhist adherents were observed across the nation.

The city of Los Angeles in California reported the maximum population of Buddhist adherents with over 117,00 Buddhists.

Do monks get to see their families?

When a person becomes a nun or a monk, he or she is making a commitment to stay with the monastery for the rest of their life. The monastery becomes their family and new home and they opt for a deeper level of knowledge and spiritual experience..

Usually, the immediate family members can visit a monk and they need not pay for any kind of expenses. There are some monasteries that allow their monks to visit their family after every two years.

If there is an emergency situation, the monk may be allowed to visit the family sooner than two years. In many South-East Asian nations, the monasteries are set up in villages and towns.

These are not far off from home, which means that complete disconnection from the families may not be possible.

According to Buddhism, a monk may teach the principles of “Dhamma” to his parents. It denotes that monk will be able to see his parents even after embracing monkhood.

Can you become a Buddhist monk married?

To this day, nuns and monks of the Buddhist faith in most of the traditional Buddhist countries are expected to follow a strict monastic lifestyle. A Tibetan Buddhist monk cannot marry if he belongs to the Yellow Sect. Almost all of them are prohibited from getting married, as well as starting families.

There are some exceptions though to this lifestyle. For instance, male Buddhist clerics in Japan do not usually follow monastic practices and they are not even expected to.

The fact is, most of these Japanese clerics are married and the percentage of such married monks are a whopping 90%. On the other hand, in some sects like the Rinzai school, many clerics are expected to follow celibacy throughout their lives.

On the other hand, there are some Buddhist clerics who voluntarily choose to lead their lives as per the monastic principles. Some clerics feel getting married has almost become an important requirement.

That is because having a son means an opportunity to take over as the custodian of the temple. This way, they can make sure of continuity generation after generation.

Are monks allowed to have a family? 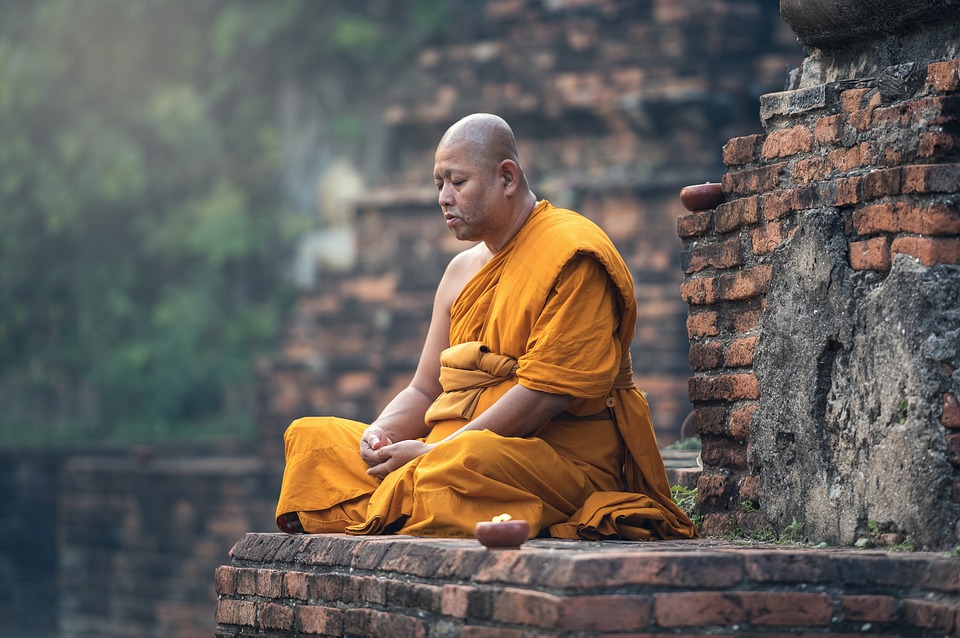 There is a widespread belief that Buddhism is an otherworldly religion, which attaches value to the concept of solitary nun or monk. The received wisdom also makes one believe that the faith devalues the social world and family life in general.

However, recent studies come up with proofs that the picture is a flawed one. It is true that certain Buddhist texts indicate that monks should severe family ties as much as possible.

On the other hand, there are some inscriptions and texts, which suggest that Buddhist nuns and monks have remained attached to family life in certain ways in the past, as well as the present.

Additionally, several Buddhist institutions were modeled on the institution of the family. They depended on familial loyalties for endurance and strength. Strong family ties have shaped Buddhist expressions in all Buddhist societies.

To put it simply, whether a monk can get married and start a family or not depends. For instance, ever since the restoration of Meiji in Japan, the law requires them to get married.

FAQ relating to becoming a monk if you are divorced

Can you become a Catholic monk if you are married?

Pope Francis had said in the past that he appreciates the practice of celibacy and discipline for Catholic monks as set by the tradition of the Orthodox Church. He also felt there was no need to make a sweeping change to these practices in the religious community.

However, the Vatican does not restrict married men from becoming a parish priest in church following Eastern rites. The church appears to be keen to include even converts as it has also permitted married Anglicans to continue as priests when they become a part of the Roman Catholic Church.

Pope Francis has also shown his empathy towards the miseries of the Amazonian faith. Full communion might be necessary before taking further actions.

Can I become a Catholic if I am divorced?

The Catholic Church is keen on embracing new members into the organization. It is irrespective of the fact that they are married, single, or recovering from their dissolved marriages. However, according to the Scripture, God and the holy spirit are against divorces.

However, the church requires a divorced individual to may attention to its established regulations and spiritual practices in daily life to get baptized as a Catholic. A divorced man has to showcase an inquiry before a marriage tribunal of a Catholic Church.

Can priests get divorced?

Typically, if a priest or a deacon divorces his spouse, he may be asked to leave the monastic community. At the same time, there are exceptions to the rule too when the divorce took place due to the wife’s fault.

How do you qualify as a monk?

So, what is the first step to becoming a monk? To become a Christian monk and lead a religious life, you should adhere to the following rules:

If you want to become a Buddhist nun or monk and lead a spiritual life, you can become one with proper sense of commitment and preparation. So, any human being can take the solemn vows and enter the premise of a monastic life.

After leading the life of a monk for some years, monks may go for full ordination as well.