A divorce can be a very painful experience for all concerned. Children would be at the receiving end and would definitely find the situation traumatic.

While it is true that divorce can cause trauma in children, it may not cause PTSD. However, they may experience PTSD-like symptoms due to the trauma.

Signs Of Trauma From Divorce

Divorce can be traumatic even for adults. When such is the case, even children can suffer from trauma.

The painful reality would be very difficult to accept for children, who can suffer from trauma. There are many signs of trauma that can be seen in children in such a situation:

At What Age Is a Child Most Affected By Divorce

Children will definitely be affected by divorce. When they realize that their parents would be separated, it would be a traumatic experience. While adults can handle the trauma and the resulting issues, children find it difficult to cope up.

Children of all ages would find it difficult to cope with the results of a divorce. The worst affected children are those who are studying in elementary school.

If a baby’s parents are divorced, the impact will not be significant. This is because very small children are unlikely to understand the implications and will be adjusted to the new situation quickly.

Divorce will affect them terribly, and they will find it extremely difficult to cope up with the after-effects. Such children will be badly affected when they see conflict between parents and witness the breakup.

Older children are also affected, but they have the ability to be able to cope up. Teenager can cope up better than younger children who would be more affected.

Is Divorce Traumatic For a Child?

The biggest effect of divorce for the child is the loss of one parent. Divorce leads to separation of parents and the child would end up with one of the parent. This can be a tough experience.

This creates a huge void in their lives. In most cases, the other parent may not be able to fill the void. This causes a traumatic effect on the kid. This can give rise to various problems.

Some children blame the parent for the divorce. There are others who would blame themselves. They may even develop a fear that their other parent can leave them.

In many cases, children do not express these thoughts or discuss them with anyone. They struggle with these thoughts and emotions that can worsen the situation.

In this situation, the child needs to be handled with patients and a lot of love. If this is not given, then the situation will worsen. The child would tend to become lonely and may suffer from anxiety.

This has an impact on the child’s education and can lead to poor grades. The child’s social life may also be affected, and they develop low self-esteem. 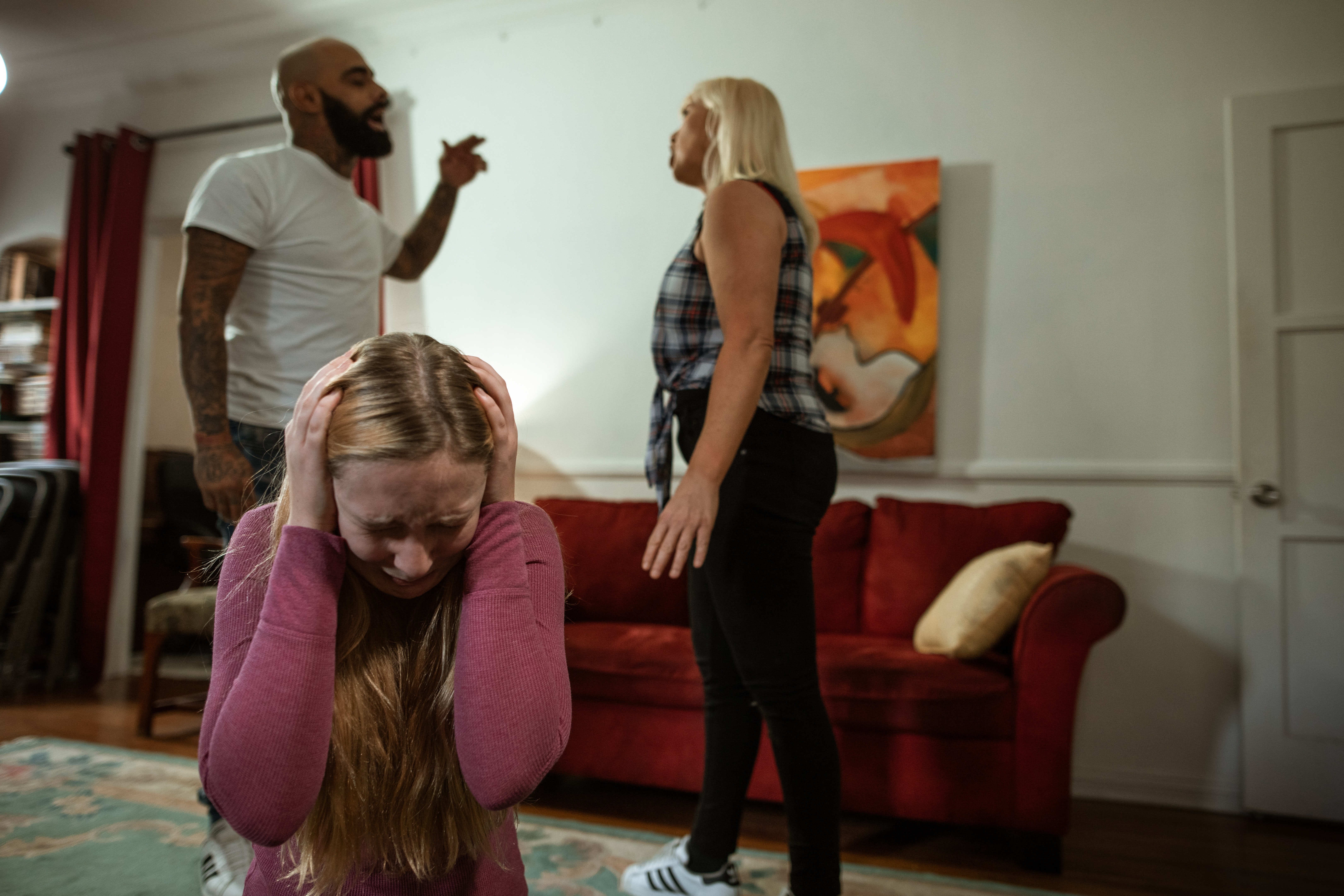 PTSD or Post-Traumatic Stress Disorder is a condition experienced by people who have undergone a traumatic event in their lives. According to some experts, like the NHS, UK divorce is not a reason for PTSD.

However, children undergo severe trauma that can give rise to PTSD-like symptoms. Children who are exposed to fights and hostilities between parents can be severely affected by trauma.

This is a complex issue that can have a negative impact on the mental health of children. There are various symptoms that such a child may experience:

Divorce has a serious impact not just on children but also on parents. Males who go through a divorce can have their mental health affected. They may experience trauma.

This trauma can lead to PTSD-type symptoms that can affect their mental health. The emotional impact of the divorce and the situations that preceded and followed it can be severe.

Men are at serious risk of developing anxiety and depression. The self-blame and the impact of the divorce on the family can cause various mental health issues for males. They may tend to blame themselves for the problems faced by children.

There is a possible of them resorting to drug abuse and other such risky behavior. The PTSD symptoms can affect their careers and their social lives too.

When one of the spouse is a narcissist, it can lead to trauma for the other spouse and the children. Narcissists are self-centered. They want the world to revolve around them.

When a narcissist does not get what they want, they tend to become abusive. They try to lower the self-esteem of their partner and even their children.

The abusive nature of the narcissist can create conflicts. Ultimately, it can lead to divorce and the others at home can be victims of the narcissist behavior. Children who experience such behavior can suffer from severe trauma.

What Happens If PTSD Is Left Untreated In a Child?

If not treated, the symptoms can worsen. It may lead to serious mental health problems, including depression. Substance abuse and other risky behavior can be a consequence.

FAQs Related To Can Divorce Cause PTSD In a Child

The frequently asked questions and answers listed below explain all you need to know about PTSD in children due to a divorce.

Can Parents Divorce Cause PTSD In a Child?

According to expert organizations like the NHS, parents getting divorced cannot cause PTSD. But the symptoms that arise due to the trauma can be so severe that it can resemble PTSD symptoms.

Anxiety, negative thinking, self-blame, isolating oneself, sleep problems, and causing self-harm are symptoms that are possible. These are PTSD symptoms that can be distressing.

Can Divorce Cause Trauma In a Child?

Divorce can cause serious trauma in a child. While an older child can cope up and adjust to the situation, younger children would experience trauma.

The situation would be traumatic since they would be separated from one of the parents. When there is conflict between the parents during the divorce, it can worsen the situation.

The memories of the conflicts and the divorce can be difficult for children to manage. These memories may keep cropping up as nightmares causing mental health issues.

At What Age Is a Child Most Affected By Divorce?

Children of the age 10+ would be most affected by divorce. They would have developed a strong relationship with their parents. Separation of the parents would affect them severely.

Very young children may not have too many memories and generally adjust to the situation well. Children above 3 would find the situation distressing. The worst affected are children going to elementary school.

Older teens would be able to cope up better and may come to terms with the situation faster.

As per the definition of PTSD, a divorce may not trigger PTSD. However, PTSD symptoms can be seen in children whose parents have undergone a divorce.

The divorce, conflicts, any abuse that preceded the divorce, and the separation can be very stressful. These can cause traumatic memories, which may lead to PTSD-like symptoms. These symptoms can include: